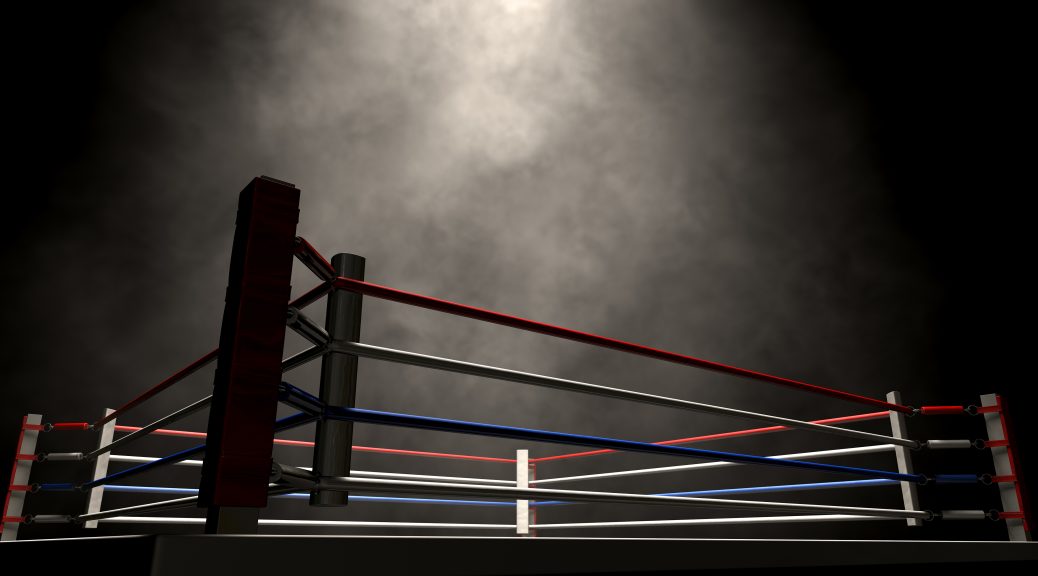 In 1993, I met a beautiful Guatemalan woman named Claudia. She was beautiful, with long black hair, a friendly attitude and outgoing personality. She was born in Guatemala but raised in Louisiana, giving her a thick accent combining the two cultures. We went on three dates, one each weekend, and then were married. We literally were married on our third date in a potluck wedding. There is a whole story behind that which I’ll get into another time.

What does this have to do with Mick Foley? I’m getting to that…

We were married very quickly, much too quickly. We barely knew each other, and it quickly became obvious that we had little in common. Of course, she had entirely different friends, different beliefs, and a vastly different background and set of interests. I’m not sure we would’ve resolve those differences had we dated for a “normal” amount of time first, but jumping into a marriage that quickly meant we didn’t give ourselves any time to become friends before becoming husband and wife.

Claudia and I became strangers in the same house, and a 14-year-old stepson didn’t help matters in the least. We all tried to make it work, but we couldn’t find anything in common between us.

Until, one day, I was flipping channels on the television and stumbled across a WWF (soon to be renamed the WWE) wrestling match.

I’d heard of wrestling, of course. After all, who hasn’t? I never really thought about it other than I had this vague thought that it was somehow… fake…unsavory…

Anyway, I stopped to watch a wrestling match. It’d been a long time since I’d seen wrestling… I done a bit when I was in high school but that was years before. In the style of WWE matches Was very different than the Greco-Roman style that I used to wrestle.

As I was watching, Claudia came up behind me and looked over my shoulder.

“What are you watching?” She asked.

“I’m not sure. I guess it’s wrestling. But when I wrestled we didn’t use steel chairs like that.”

Claudia sat down beside me and began watching the match. Believe it or not, she was enthralled. She seemed to love the opera that was written around the wrestling.

Which brings me to Mick Foley. He is a wrestler known as Mankind (and several other names as well). Mankind came running onto the stage, screaming and yelling, wearing a leather mask. He acted as if he was insane.

That night, he was fighting the Undertaker and something called a cage match. That was one of the most brutal matches I’ve ever seen in my life. Mankind scattered thumbtacks over the base of the ring floor, and the two fought on top of the cage. At one point, the Undertaker through mankind off the top of the cage to fall 40 feet onto a table. Paramedics came to haul Mankind away, but he got up and the match continued.

From that day forward, Claudia and I watched every wrestling show that we could. She became ill and more-or-less bedridden but still loved wrestling. Her favorites were Mick Foley, the Rock, and Steve Austin. She cheered for them, cried when they lost, and screamed when they won.

When she passed away in 2005, I stopped watching the matches on television but started going to the local pay-per-views at the Staples center. I attended six or seven of these, then life intervened, I got busy, and wrestling receded from my mind.

A few year later, I stumbled on Mick Foley’s book “Have A Nice Day: A Tale of Blood and Sweatsocks” on Amazon. I bought a copy and read it in a single weekend. Mick has a fascinating story and his writing style kept me engaged from the first page to the last.

Last week, I bought a copy of “For All Mankind“, a 2-disk bluray edition. The first disk contains a two hour long documentary and the second some of his best matches.

What did I learn?

Mick Foley is an inspiration. He started as a wrestler and was determined to make it. He drove hundreds of miles each weekend to train with the best, worked his way up, and became better and better at his trade until finally being signed by the WWE. His act was unique and interesting.

But he was far more than a wrestler. His book became a runway bestseller, selling millions of copies. Unlike virtually all celebrities, who use ghostwriters, he wrote his book himself in cursive on dozens of yellow pads. He followed up with more books, went back into wrestling briefly until his body simply gave out, then became a stand-up comedian.

Best of all, he’s highly devoted to his family and gives money and time to a variety of causes.

Why is he an inspiration? He began at the bottom, and through hard work and perseverance, became one of the best, most well-known and respected wrestlers of all. He became a bestselling author and is a fantastic comedian, gives to charity and is an all-around kind and caring person.

The next time you’re feeling like you can’t make it, like your career is too hard, think of Mick Foley. Read his book and watch his documentary. You’ll come away inspired. It might even help you become better at what you do.