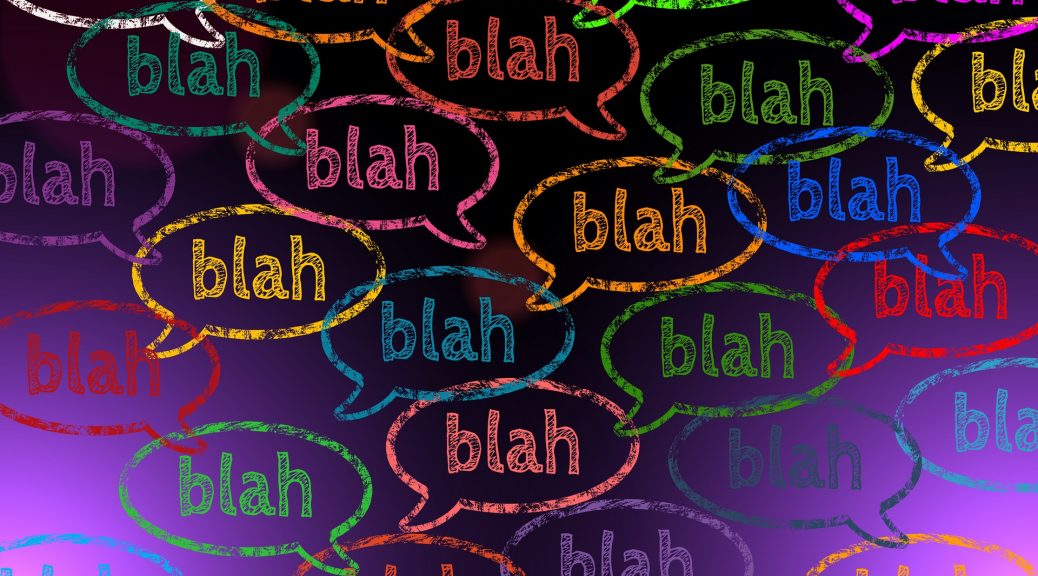 Ranting about the left or right or even Trump does no good for anyone. Honestly communicate to learn and come to understanding.

The idea is not to try to convince. Just listen. Understand. Explain your viewpoint. If those in the conversation can get past the “i’m right, you’re wrong” thing, everyone might learn something. And understanding the “other side” can help.

Ask questions without imposing your own conclusions.

Let’s take guns. I’d ask “Why is gun ownership so important to you?” and keep asking questions. My purpose is to find out why they believe what they believe. The answers can be interesting and surprising. I asked someone why they needs guns and the answer was because the police are at least 2 hours away. They need to be able to protect themselves because the cops don’t work the same way as in cities. Ah. I thought. Now that makes some sense. Or why do they believe something about Hillary? They read it on some stupid website or their buddies, whom they trust, told them so. The concept is not to change their mind, but to get into an honest conversation without shaming them or making them wrong. They have a different point of view and they hold their beliefs just as strongly as everyone else.

I asked a protester for animal rights why they thought cage-free eggs were so important. They said it was better for the chicken. Okay, that’s interesting, because factually it’s NOT better for the chicken. Because I listened to them first, we had a good conversation, got on the internet, and did some fact checking.I learned a few things about how chickens are farmed (ugh) and he learned a few things that he was being told by the so-called animal rights groups that turned out to be untrue. (Note: The truth is free range is better for chickens)

I asked another person why they were so upset about immigration. We had a good conversation. I didn’t judge. Didn’t impose my own beliefs and conclusions. The man felt his own livelihood, his means for keeping his family fed and alive, was at risk. Interesting information. We got into the why’s and where did that information come from. In the end, neither of us changed our minds, but we at least understood each other.

My belief is we are all people. We have basic needs and we base our opinions on information we have available. Unfortunately, sometimes that information is wrong. But regardless, people will defend their beliefs if they feel they are being attacked. So don’t attack them. Don’t shame them. Don’t get emotional. Just listen and ask questions.

Once you know why, you can address it. If you’re just saying “they’re hopeless and their opinions and beliefs have no validity” you can’t address anything. In fact, you probably just make it worse because you think the person is a racist and he thinks you don’t care that his family is barely surviving and he’s got to work 80 hours a week and … you get the idea (made up example).

But if you know he’s afraid of black people because he thinks he might lose his job or because billy-bob told him something stupid, you could invite him to meet with people of other races, learn about them, and that might change his mind. Maybe you could change a so-called “racist” into a better person just by listening and then helping him understand.

In any event, that’s my approach. 🙂