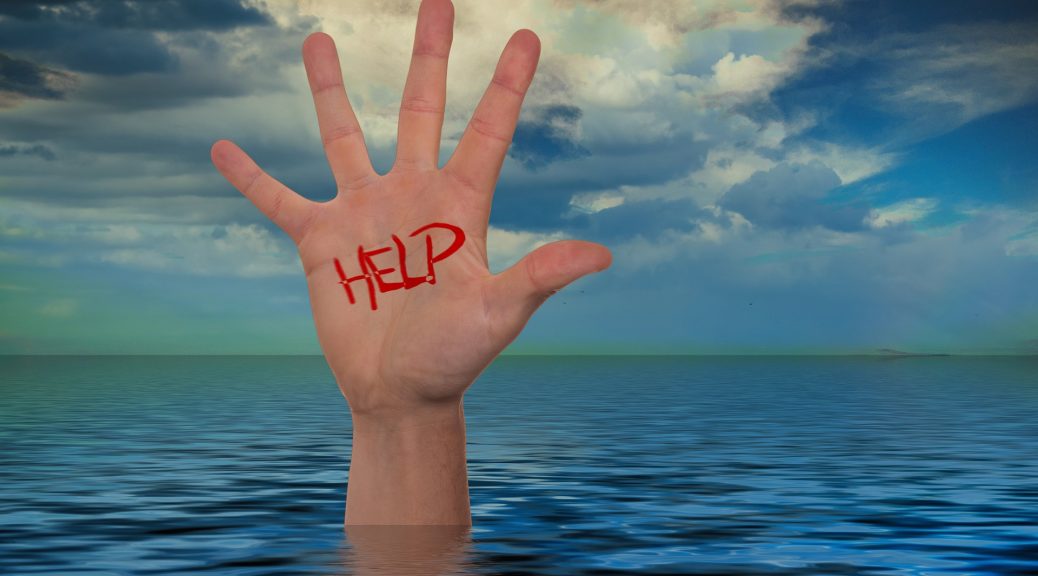 Looking back on my life, I’m astounded the difference a few words made to my habits, relationships and feelings about myself. Just a couple of phrases, spoken in the heat of the moment, changed so much and resulted in a dramatically different me than I might have become.

I liken it to the butterfly effect; according to chaos theory, something very small, such as the flapping of a butterfly’s wings, can result in a hurricane thousands of miles away. These words had the same effect on me throughout my life.

What happened? I must’ve been seven or eight years old, give or take, living in a town called San Bernardino in California. Earlier in the evening, I spent some time watching some show — I think it was Gilligan’s Island — on our television in the living room. I remember being in a great mood, playing with my toys, loudly, on the floor in the middle of the room with the television blaring in the background.

My father came into the room, frowning as always. I ignored him; I’d already discovered the best tactic with him was to keep my mouth shut and not say anything. I’d already learned about his temper, and I’ll write more about that later.

In any event, he frowned and told me to keep the noise down. I looked up at him and smiled.

“See what I’ve built, daddy?” I said, pointing to something I’d made from my Erector set.

“Will you stop making so much noise? You’re bothering your mother!”

He left the room and I continued playing. To tell the truth, I barely heard what he said. His words rarely made sense and often didn’t seem to fit the circumstances. Besides, I was having fun and what could be the harm in that?

Perhaps an hour went by and I was feeling a bit bored. I ran around the room a few times with a noisemaker on wheels, but tired of that quickly. It was too late to go outside; my dad forbade me to play in the yard at night.

I heard the anger in his voice and, this time, I stopped playing and looked up at him.

“Oh, I’m not going to hit you. I just want you to know that your mother just tried to commit suicide. I saved her from trying to drown herself in the bathtub. I was just in time.”

He paused for a moment to let that sink in.

“It’s your fault. She tried to kill herself because of you.”

Suddenly, I felt sorrow. Tears threatened to burst from my eyes. My dad stared at me.

“Don’t cry young man. If you cry, I’ll give you something to cry about.”

I took a deep breath, stabilizing myself.

“Shut up. Just shut up. Stop making so much noise. Be quiet. Your mother tried to drown herself because you won’t shut up and keep quiet. “

He turned around and left the room.

I didn’t know what to make of all this. My mother tried to kill herself because of me? Drown herself in the bathtub?

For days, those words rattled around my head. At first, I avoided my parents entirely. I think that was the first time in my life that I felt ashamed. My mother almost killed herself because of me? Because of a bit of noise?

After about a week, I couldn’t take it anymore. I packed up a few things in a bag, slung it over my shoulder, and walked out of the house. I walked to the end of the block, crawled behind some rose bushes, and spent the rest of the night sleeping, shivering, and tried to cry but not but could not bring on the tears no matter what.

The next day, around lunchtime, my mother found me. She was a bit frantic but seemed relieved that I was okay. She told me to come out from behind the rose bushes, took my hand, and walked me home.

“Don’t run away like that,” she admonished. “You gave me and your father a big scare. Why did you run away?”

I shoved it all into my chest — suppressed the memories. That’s where I stored all of the hurts and pains and aches of life. I didn’t know what else to do, so I just shoved the pain, the guilt, the shame, and the fear into my body.

My introversion increased and I withdrew even more from the world. I withdrew from my parents, relatives, and even friends. I didn’t understand what I had done to cause my mother to attempt suicide. My father’s words didn’t really make sense to me. So, what did I do to cause that reaction?

Since I didn’t know what I done or said, not saying anything seemed to be the right solution.

Did my mother really tried to commit suicide? Or was that just a ploy my father used to try to get me to be quiet? I don’t know the answer to that, and my father was never the kind of person that could be asked those kinds of questions.

It seems to me, though, that if she had tried to take her own life by drowning herself in the bathtub, my father would have called the paramedics or a doctor or someone like that. I don’t remember seeing any physical signs of her suicide attempt.

What I do know, after much thought and therapy, is this was an exceptionally cruel thing to say to a child regardless of the truth of the matter. Today, over 50 years later, it’s difficult for me to imagine anyone being so heartless and ruthless to say that to their own child.

What do you think?

Thank you for sharing such a personal tragic event of your childhood. Our childhood shapes us into the adults we become. Unfortunately, some people never overcome their personal demons, while others triumph out of the darkness. I have triumphed. I too became an introvert. As an artist, I participate in the Renaissance fairs and have found where I belong with my rennie family. I am accepted and embraced without judgement.