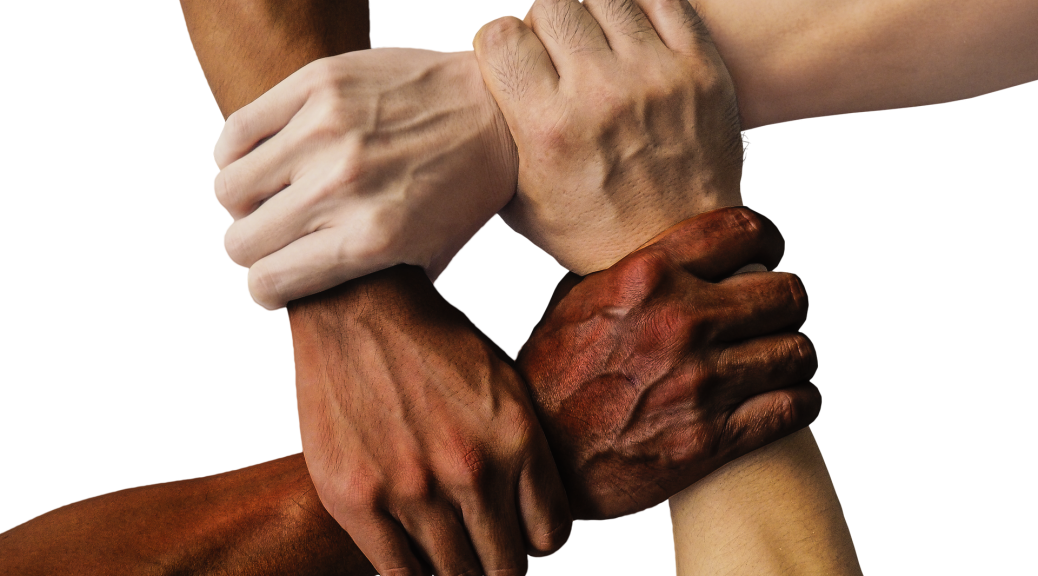 In the 1960s, the United States was very different than today. People had a different attitude and many of the behaviors of those times would not be tolerated today. There is much to be admired about those years — after all, that’s when we landed on the moon — but there are also many things that are best discarded.

My parents didn’t discuss other religions, races or cultures very often. When they did, it was in the form of a caution or an evaluation that those other people were somehow undesirable, to be avoided because they were uneducated, irredeemable, malicious and in some cases, even downright evil.

My “education” about the inferiority of these other peoples continued throughout my childhood.

“Watch out for Mexicans,” my father solemnly explained. “Turn your back and they will knife you. Don’t trust them.”

On another occasion, he said, “stay away from black people. You’ll catch diseases, they smell bad, and they’ll be a bad influence on you.”

I could go on and on about all the evaluations my parents — both of them — relayed to me over the years. But I think that gives you the idea.

Believe it or not, when I entered junior high school I had never even seen anyone who wasn’t white and Christian. I’d never met a black, Asian or Hispanic person, I didn’t know anyone of any other religion. I know that sounds strange but that’s the way it was in San Bernardino at the time.

Did I mention that the entire city of San Bernardino was racist? As a side note, an entire freeway was built with the on and off ramps on the left instead of the right. I later discovered the freeway was intentionally designed this way because the city planners wanted the ramps to be on the “white side of town”. Can you imagine something like that happening these days? I doubt you could find any evidence of this today — I suspect the records have been destroyed or altered.

You can imagine that given the “education” from my parents I was terribly afraid. I had no idea what to expect, but I was sure that it couldn’t be good.

The students were picked by a lottery system, if my memory is correct. I was not one of the children that were bused to the other side of town. My parents were greatly relieved.

On the first day of junior high school, I got on the school bus. That was a new experience for me because up to that point I walked to and from elementary school every day. I wasn’t crazy about riding on a bus, but there wasn’t any choice. It was too far to walk and my parents only had one car which my dad used to go to work every day.

Anyway, as I got on the bus I realized there was only one seat available.

Remember, my father had told me that black people are murderous, thieving, terrible people — no, not even people. Something beneath people.

I walked, desperately trying to keep my composure, to that one seat and sat down, looking straight ahead, my hands clenched tight to my schoolbooks. I figured if I was attacked I could use them as a weapon of some kind.

Everyone on the bus went quiet. I guess they were waiting to see what would happen.

I snuck a glance at my seatmate.

His jaw was clenched.

He was looking straight ahead and his muscles were tight as if he expected to be attacked.

“Funny,” I thought. “He looks just like me except his skin is a different color.”

The bus turned a corner, shoving me against him.

The young man looked at me, and I knew at that moment that he was just as afraid, if not more so, then I was.

Boldly, I held out my hand, “I’m Richard. What’s your name?”

He looked down, took my hand, and said “Sam.”

He stared at my head.

“What’re you looking at?” I asked.

We stared at each other for a moment and something passed between us. We both laughed.

“Yeah, I was thinking the same thing.”

By the time we got to school about 30 minutes later, we were laughing and talking and having a great old time as if we’d been friends for our entire lives.

Once the bus arrived at school, we disembarked. I turned to Sam and said, “I think my parents were wrong.”

“To watch out for white people because they are traitorous, smell funny, and are hurtful.”

I laughed, “you know, that’s pretty much what my parents told me.”

At that moment, half a dozen other children from the bus approached. I introduced my new friend to them, and by the end of the day, all of us accepted Sam as just another kid going to school the same as us. Not one of us cared about his skin color or his slightly different accent or anything like that.

Later that day, I sat on a bench eating my lunch. I finally had time to think after the chaos of the first day of school. I stared across the schoolyard, watching my newfound friend playing on the jungle gym. I realize that my father and mother were wrong.

Black people are just like white people. Did that mean Hispanics and Mormons and all the other nationalities, cultures, races, religions and everything else were really just people the same as me?

My entire world changed on that day. I threw away all of those prejudices handed down by my parents, grandparents and other relatives.

I didn’t understand why they thought the way they did and why they believed other people were inferior. It didn’t make sense to me. Many years later, I do realize that those were different times and my parents were brought up in a different world. But still, I don’t understand how anyone could meet another human being no matter how different and not think of that other person as a person.

I resolved at that moment that I would ensure that I would judge no one based on their skin color, race, religion, gender, culture or any other similar characteristics.

There is no place in my life for racism, sexism, and any other -ism.

And you know what, my life is all the better for it.